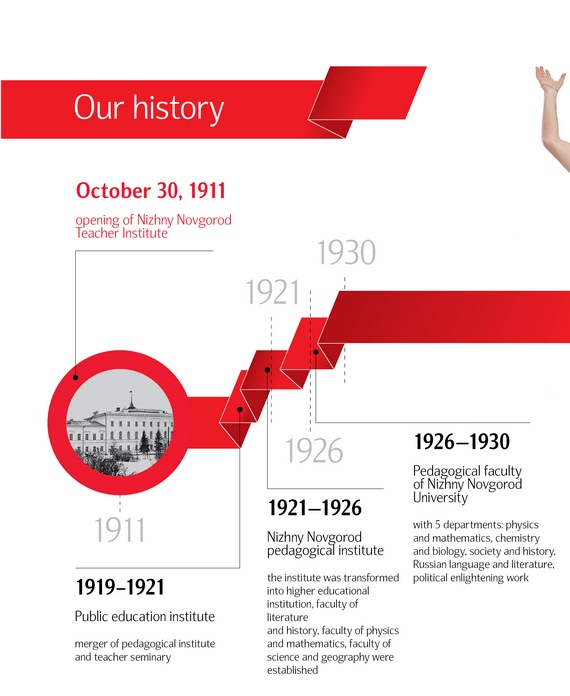 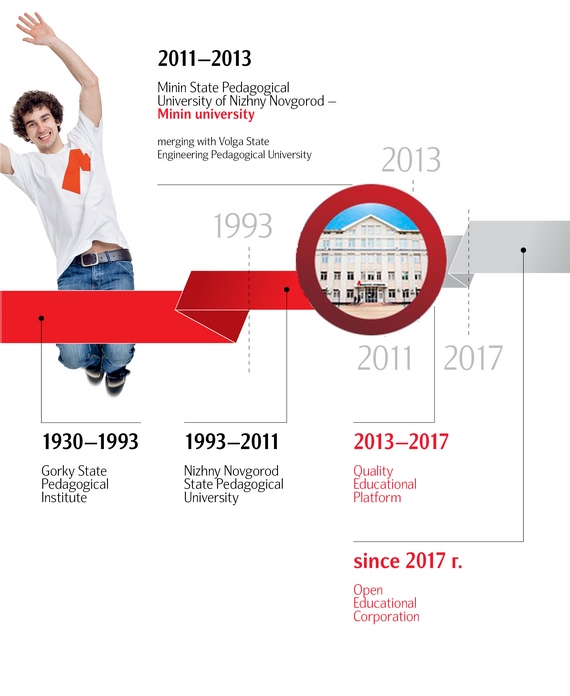 Pupils (students) of the Institute were mostly represented by children of peasants. Thus, of the 29 people taken to the Institute for the second year of its existence, 20 were peasant children, 4 were of the middle class and 4 of the families of priests, with no nobles among the students. On January 1, 1914 all three classes of the Institute educated 81 students, 56 of which were previously taught in primary schools.

In July 1914, the first graduation took place with 28 students successfully finished their studies. After the first year working as a school teacher one of them wrote to the Director, "Many thanks to the Institute for teaching me how to persevere, to self-educate, and for a teacher - this is the most important."

The new historical stage in the development of NSPU is associated with Volga State Engineering and Pedagogical University accessing to it. NSPU being the oldest university in the region, VGEPU - the youngest of the state universities of the Nizhny Novgorod region. Two bodies - teachers and researchers on one side, under- and post- graduate students on the other - have teamed up to build a large modern educational organization of a new type, corresponding to the current stage of development of society and the education system.

Currently, Kozma Minin Nizhny Novgorod State Pedagogical University holds a legal status of a Federal State Educational Institution of Higher Professional Education of the Russian Federation, is licensed by the Federal Service for Supervision in Education and Science of the Russian Federation to conduct educational activities in the field of higher education, postgraduate and additional professional education.

Rector of the University - Doctor of Philosophy, Professor Alexander Fedorov.